END_OF_DOCUMENT_TOKEN_TO_BE_REPLACED

How do I turn left, right or reverse on the Zwift courses? 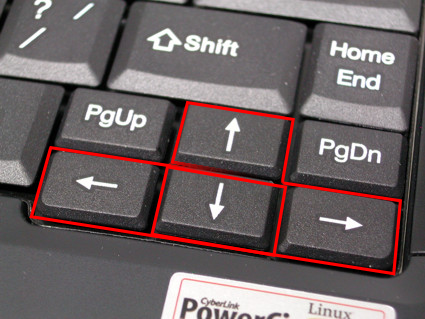 The ability to 'turn' on the Zwift application is a relatively new feature (January 2016) and was introduced when the new Ocean Boulevard beach expansion was added to the Watopia course. There are several ways to turn to add variety to your workout and several baked-in routes that you can choose to maximize your riding experience, from Flat to Hilly to Figure-8 to Random.

You can choose to turn from the drop-in menu options, from the mobile app or from the desktop via your keyboard. I'll describe all three methods here:

From the Drop-in Screen (before you start riding) 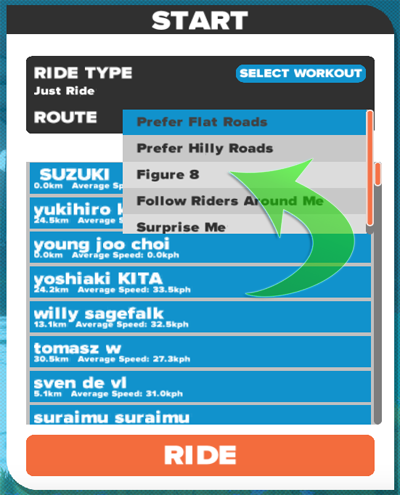 If you choose one of those routes, it will present you with an option to turn in different directions when you come up upon an intersection in Zwift. For example, if you choose to ride the "Hilly" route (which is "Classic Watopia"), you would normally go straight, passing the new Ocean Boulevard waterfront expansion.

But now you have the option to go left, and turn down Ocean Boulevard, to ride that segment instead of straight up the first KOM of the Hilly route.

When you're riding on Watopia Island (and most-recently, on the new Richmond course with turns), you may see several signs at the approaching intersections ahead indicating the option to turn.

As you near those intersections, your Zwift Mobile Link app's button screen will change briefly to add two additional buttons (shown in the below screenshot).

These buttons allow you to either "Turn Left", "Go Straight" or "Turn Right" on th course as appropriate for the intersection you're approaching. Tapping and holding down on the respective button will move your avatar in that direction as you come into the intersection.

Once you've turned into the intersection, those buttons will disappear, and be replaced by the standard top two buttons on the button screen of ZML.

From the Zwift Application (during a ride)

You can also turn while riding in the Zwift desktop application, if you have a keyboard handy. When you're approaching an intersection, you'll see a blinking sign on the side of the road indicating the direction of the next turn. It will look something like this:

At the bottom of your screen (in all views), you'll see some new indicator icons, which will offer options for turning or maintaining the pre-selected route you chose at the drop-in screen.. 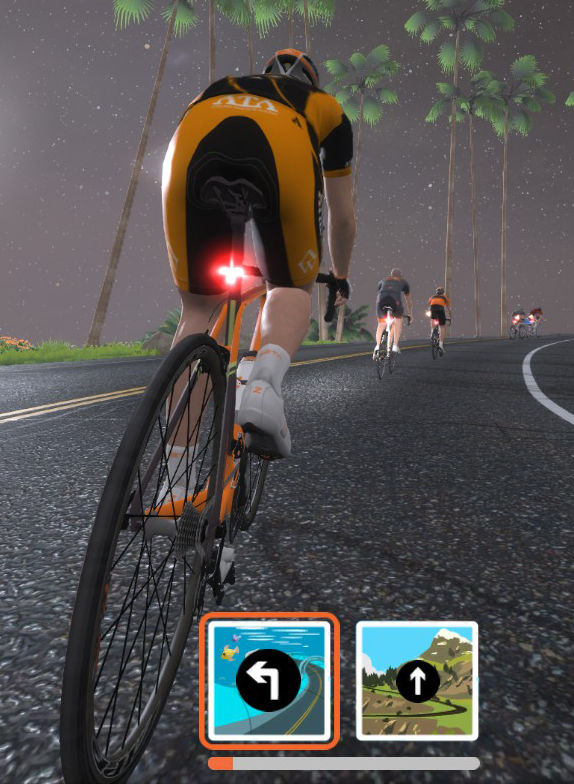 When approaching an intersection, your in-game avatar will also change slightly to show some glowing arrows visible just under the rear of the saddle, indicating the default direction you will take if you don't use any keys on the keyboard to override that choice.

For example, if you picked the Hilly course ("Classic Watopia"), when you approach Ocean Boulevard's left-hand turn, your "butt-arrows" will show you going straight, but give you the option to hit the left-arrow key on your keyboard (or your mobile application's "Turn Left" button as above) to override that.

If you do nothing, you'll go straight. If you hit the left arrow key on your keyboard, you'll turn left onto Ocean Boulevard and ride that segment instead, as shown here

Simply leave the keyboard alone to continue to ride the pre-selected route, or override those turns by using your keyboard arrows or the "Turn Left" or "Turn Right" buttons on the Zwift Mobile Link app to move around the various turns on your route.

If you want to turn around, you can use the 'down' arrow on the keyboard. With the number of ways you can ride Watopia Island forward, reverse and now with the addition of the Ocean Boulevard waterfront option, you have a larger number of option to vary your ride.

TL;DR, Go straight to the video

Good luck, and have fun out there!